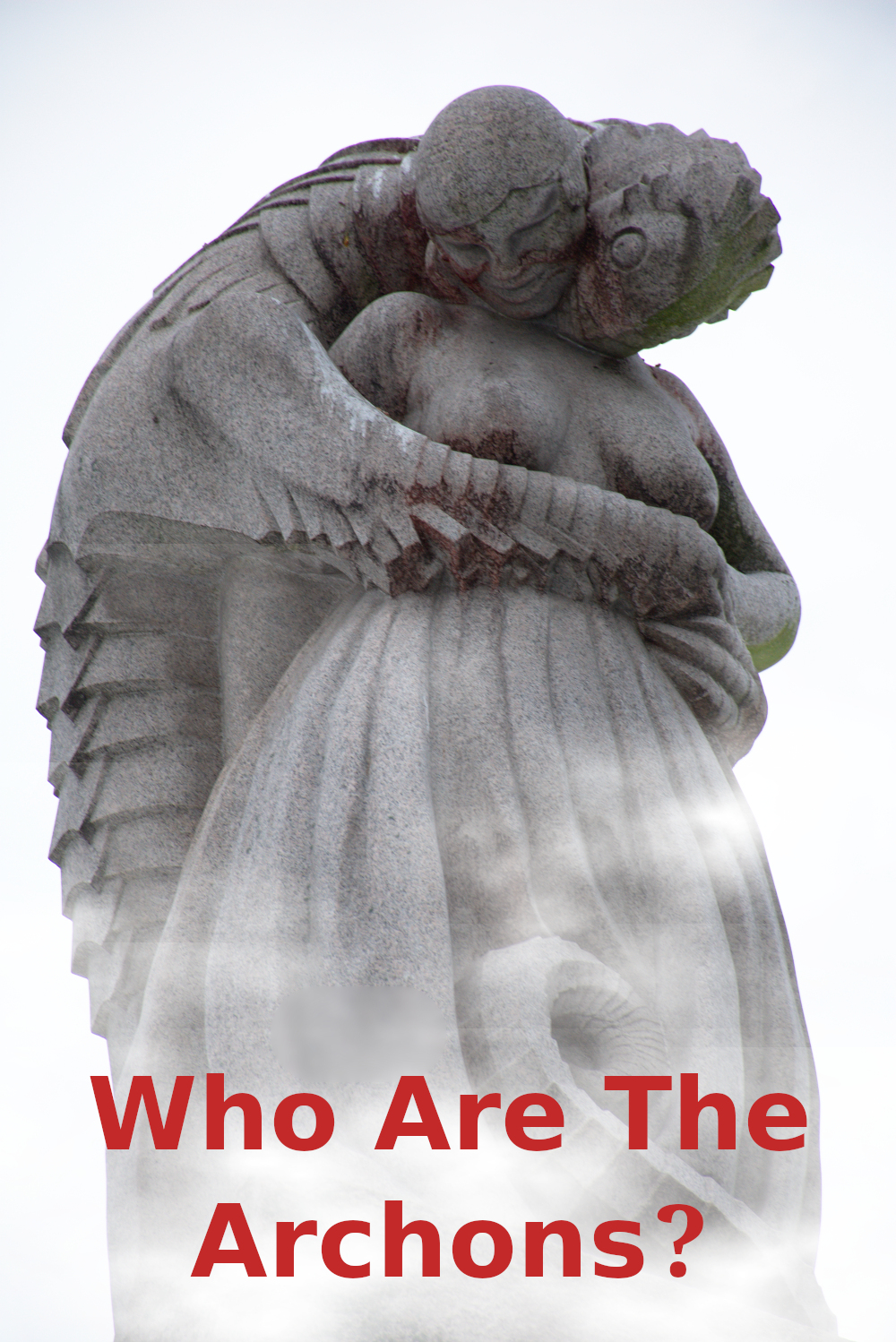 Welcome videos The Age of Aquarius The ancient Greeks had a legend What are the advantages of having an
Informal Free Gift Economy? I have a dream This world is broken A Game We Did Not Devise Money is the root of all meanness The Globalist Elite Rise of the robots Migrants - Citizens of the World? World Peace we can rebuild our democracy Universal Equality WOKE or AWAKENED? The Black Lives Matter / Antifa race riots Let's get started Who Are The Archons
reality or just a crazy conspiracy theory? Memes Free Gift About me Public speaker Contact Jack

Who Are The Archons


That's a great question but before I examine the evidence and theories surrounding the The Archons, Gnostics and Pleiadians I want to look briefly at conspiracy theories in general. Where do we get theses ideas from?


The term conspiracy theory was first used in 1945 by the philosopher Karl Popper in his book The Open Society and Its Enemies. It was used again in 1963 when the CIA wanted to discredit those who doubted that weedy little Lee Harvey Oswald could have killed John F. Kennedy. And the term has by used ever since by government agencies around the world whenever someone starts to investigate them and gets too close to the truth


So does that mean that conspiracy theories are always true? Of course not. Indeed what may start off with a germ of truth can often be taken far too far. For instance there was a meme I saw yesterday on Facebook. It consisted of four pictures of political emblems. One was from ancient Egypt, one from the Roman Empire, one from Nazi Germany, and one from the USA. Each emblem depicted an eagle. The inference was that because of the eagle there must be some sinister connect between these governments. Crazy of course. The truth is that we don't need to have an overactive imagination to uncover conspiracies. They are becoming more obvious every day.


So what about the Archons? A crazy theory or an uncovered truth? As with everything I say and write, these are just my ideas. Please do your own research and your own thinking. There are things we know to be true and there are things we can infer, guess, that may well be true but are unprovable. It's important to know the difference.


We know that the Gnostics were a collection of religious thinkers, conspiracy theorists if you like, that sprang up in the first century CE from early Christian and Jewish sects. They persisted for over a thousand years despite being cruelty persecuted by the Catholic church, often murdered by being burnt alive. The last group, the Cathars, were wiped out in the 14th century. Why were they so hated and feared? Were their conspiracy theories really that dangerous to the establishment? Were they really that close to the truth?


I'm not going to go into everything they believed but just concentrate on the theam of this article, the Archons. Gnostics believed that a group of demons, the Archons (from Greek arkhon meaning “ruler”) controlled the earth. They were considered to be malevolent, sadistic beings who could manipulate the thoughts, feelings, and actions of humans. They were thought to sit above all human rulers yet they too answered to a higher power, the Demiurge. These entities were thought to live off the baser energies put out by human beings, our hatred and our fear, and they had strategies for stimulating those emotions in us.


Fast forward seven hundred years to the present day and we have David Icke talking about a race of interdimentional reptilian aliens who are cruel, control the thoughts and emotions of humans and who rule the world by controlling world leaders. It's the same story. Demons, dark spiritual beings, are now being described as interdimentional shape-shifting aliens. Just different words describing the same thing.


So does that mean it's all true. Of course not. The Gnostics could have got it all wrong and David Icke could just have read about the Gnostics and their Archons and spotted an opportunity for a best selling book. That's why I keep saying to do your own research and come to your own conclusions.


There are reasons for not believing in the Archons, at least in the modern day version. I get very suspicious whenever aliens are depicted as humanoid, or in any form that resembles anything found on this planet. My suspicion is that when we do first encounter alien life it will be so different from anything we've seen before that we won't even recognise it as life. The modern account plays right into our prejudices. The 'enemy' is depicted as reptilian, a lower class of life than we mammals. At the same time the 'good guys', the Pleiadians, are shown as human like, tall, handsome, white and Nordic. Is that likely?


But if it was true it would explain a lot about what's going on in the world today. So what do we actually know? Well for a start we know that there are a small number of megaritch people and families at the top of society. To start with there are the banking families who founded the Federal Reserve in America, the Rothschild, Rockefeller and Morgan families. They own the Bank of America, JP Morgan Chase, Citigroup and Wells Fargo which in turn own Exxon Mobil, Royal Dutch Shell, BP and Chevron Texaco together with Deutsche Bank, BNP, Barclays and other European giants. Then we have royal families such as the Windsors. And let's not forget our old friend George Soros who does their bidding. Known collectively as the Cabal, or sometimes as the Illuminati, these people control the world economy. They are more powerful than national governments and may, possibly, be interfering in the democratic process.


So if we're going to be honest we must admit that that's all we really know for sure. Everything else is conjecture, theory, conspiracy theory if you like. We have fragments of information that trickle down to us. We know about the Bohemian Grove and we can speculative about what goes on there. We can add that speculation to what we know about Jeffrey Epstein and his island which he called Little St. Jeff. We know Little St. Jeff was a fantasy island for paedophiles and we know, from flight logs, which top politicians and show biz personalities visited the island.


Then we get into the realm of speculation. Was there a paedophile connection between Epstein's island and the Bohemian Grove? Is any of this connected with Satanism? If so do it's followers really believe in Satan or is all just an excuse for cheap thrills? Is this Satan character the same entity that the Gnostics called the Demiurge, the boss of the Archons? If so are the Archons actually running the world through the Cabal?


I don't know the answers to these questions and if you're honest with yourself, neither do you. Yes we can put the pieces together and arrive at a balance of probability but we can't know for certain. What do I personally believe? Absolutely nothing. I've been around too long and seen too many crazy things to believe in anything anymore. I just try to keep an open mind about everything. The only thing I'm certain of is that there is far more about this universe than we can possibly guess and that certainly leaves room for Archons and for another exterrestral species, the Pleiadians, to come to our rescue.


It's a lovely idea but I would recommend not relying on them, or on Jesus, or on any other external agency to come to our rescue. If someone turns up, great, that's a bonus but let's plan as if we have to sort out our own affairs. Whether we are up against Archons or just our own corrupt leaders the solution is the same. Band together, take care of each other, stop using money, and make governments and bankers obsolete. If we all help each other to thrive, instead of trying to thrive at each other's expense, we will set ourselves free.


I guess it doesn't much matter whether the Archons are literally true or whether they're a metaphor for our own hate and fear. Either way we can starve them out by living in love and being excellent to each other. The Game We Did Not Devise, as I explain in my book, is keeping the Archons fed. It's time to stop living in that fear based, competitive way and starve the Archons out by supporting one another and helping each other to thrive.


I go into detail as to how we can accomplish this in my book Love Not Fear. You don't have to believe in any conspiracy theories to make this work, it's a practical set of strategies that everyone can use. You can order the book from Amazon or grab the free download using the links below.